For Women’s History Month, Navegate is taking the opportunity to honor and celebrate women leaders who have made strides in the supply chain and logistics industry. Traditionally a male-dominated field, we are inspired to be acknowledging a handful of revolutionary women leaders who have paved the way for a more inclusive industry.

Though there has been a rise of women professionals in the logistics and supply chain industry, it has not been enough. We look forward to witnessing women enter the field and continue to move the industry forward, faster.

As we transition from Black History Month to Women’s History Month, the first woman supply chain leader we’re highlighting is Dr. Lisa Williams, a professor-turned-entrepreneur. She is the Founder and CEO of World of Entertainment, Publishing, and Inspiration (EPI), LLC, a doll company that works to spread joy by providing children with dolls that inspire dreams, promote intelligence and build self-esteem. Dr. Williams was the first Black woman to graduate from The Ohio State University’s marketing and logistics department, also becoming the first Black woman to earn a Ph.D. from The Ohio State University, which happened to be in marketing and supply chain management. Dr. Williams is also the first Black woman to earn tenure at Penn State University and receive two multi-million dollar endowed chairs.

Throughout her career, Dr. Williams was almost always one of the few Black women in the high-tech marketing and supply chain management fields. She served as President of her company called Williams Research in the early 2000s where she and her employees conducted original research and offered technology services that helped clients streamline their supply chain management.

Following her years of being a professor and researcher, she became an entrepreneur, starting the World of EPI, LLC. in 2003. This organization makes multicultural dolls for young girls of color; Dr. Williams started the doll company when she was watching a doll study on CNN and a young Black girl had said that a doll with Black skin wasn’t pretty because its skin was nasty, just like hers. This segment became a turning point for Dr. Williams, as she realized that she needed to make dolls for multi-cultural girls. Building self-esteem for young girls of color and making dolls, accessories, and items that honor them is at the forefront of her business.

Dr. Williams has written multiple books and spoken across the country on technology adoption factors. She continues to be the CEO of World of EPI, LLC. today, continuously inspiring many young girls of color.

Lillie Drennan was the first licensed female truck driver and first female trucking firm owner. Born in Galveston, Texas in 1897, Drennan lost most of her hearing as a teenager due to scarlet fever, forcing her to wear hearing aids for most of her life. In March of 1928, Drennan started her trucking company with her second husband Willard Ernest Drennan. Called the Drennan Truck Line, the company grew in the late 1920s, but in 1929 when the couple divorced, Lillie Drenann became the sole owner of the company – becoming the first female trucking firm owner. 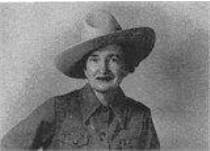 Drennan then received her commercial trucking license that same year after the Railroad Commission reluctantly granted her a license, citing her hearing impairment. However, Drennan effectively argued her case, citing that sexism was the reason she wasn’t able to receive a license. She then went on to manage her trucking company for 24 years, experiencing opposition from men who believed that a woman couldn’t effectively operate a trucking firm.

Drennan and her drivers — many of whom were black men — were responsible for transporting hauled oilfield equipment, explosives, soft drinks, and general freight throughout East Texas, often driving through rough conditions with very little sleep or rest. However, she became known as a driver with a perfect record and no accidents, earning a shining reputation. She received national fame for her personality and groundbreaking career; Drennan insisted on training her drivers herself and was praised by the United States Army for her effective campaign to recruit women truck drivers for the quartermaster corps.

Drennan’s work earned her safety awards from the Railroad Commission and the Texas Motor Transportation Association. After decades of a successful career, she sold the Drennan Truck Line in 1952 and died in 1974 in Hempstead, Texas. 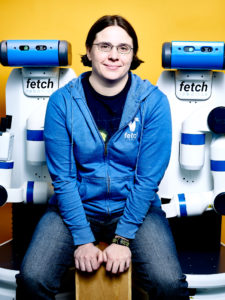 Melonee Wise is the CEO and Co-Founder of Fetch Robotics, one of the few women to manage a robotics company. Wise developed her interest in robotics as a young girl when she built a plotter — a printer that uses automated pens to draw continuous lines — from legos. This interest led her to study mechanical engineering at the University of Illinois where she earned a stellar reputation for research in different fields.

After college, Wise became a manager for robot development at Willow Garage, a research lab that specialized in hardware and software creation for robots. Her experience there allowed her to co-found Fetch Robotics. As the CEO of her company, Wise has nearly 20 years of experience building and programming hardware for robots. In 2020, she debuted her Freight 500 robot, which is a replacement robot for forklifts that can lift 1,000 pounds of material, an invention that would revolutionize supply chains and warehouses and not rely on manual labor. This invention came as warehouses and factories were exploring ways to automate and incorporate more efficiency into their practices.

Wise’s work has won her numerous awards and recognitions including Silicon Valley Business Journal’s Women of Influence 40 Under 40 List and one of the top 8 CEOs changing the way businesses work by Business Insider.

Ellen Voie is the founder of The Women in Trucking Association, a nonprofit organization that aims to include more women in the trucking industry. She founded the organization in March of 2007 and currently works as the association’s President and CEO. 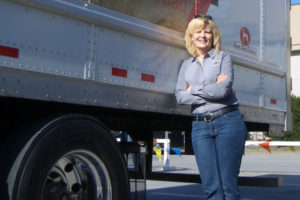 Voie started her career as an assistant and traffic manager for a steel fabricating plant in Wisconsin, later becoming a dispatcher for a grain hauling carrier, and eventually a co-owner of a small fleet. Before starting The Women in Trucking Association, Voie was a manager at Schneider, Inc. where she was responsible for creating corporate-level programs to encourage non-traditional groups to consider a trucking career. For more than 16 years, she also worked as a freelance consultant to carriers in Wisconsin, licensing and permitting trucks.

Voie received her master’s degree in communication from the University of Wisconsin-Stevens Point, with a thesis focused on the complex identities of women married to professional drivers. Throughout her career, she has been a continuous champion of gender equality in the trucking industry, while promoting the trucking industry in the state of Wisconsin, even convincing former Governor Tommy Thompson to declare a Trucking Appreciation Day for the state. Voie’s work has won her a myriad of awards, including being named as a Transportation Innovator Champion of Change from the White House in July of 2012. She has also written multiple books on families and trucking, providing insight and expertise on how families can cope while spending time apart from their loved ones who are truckers.

The accomplishments of women in supply chain and logistics extend far beyond this list. Women are trailblazing through the industry every single day, finding ways to improve and advance supply chains all over the world. We honor all the women — those known and unknown — who contribute to the supply chain industry and make strides that may go unnoticed. Without them, the industry wouldn’t be what it is today.

To learn more about Women’s History Month, you can check out womenshistorymonth.gov.