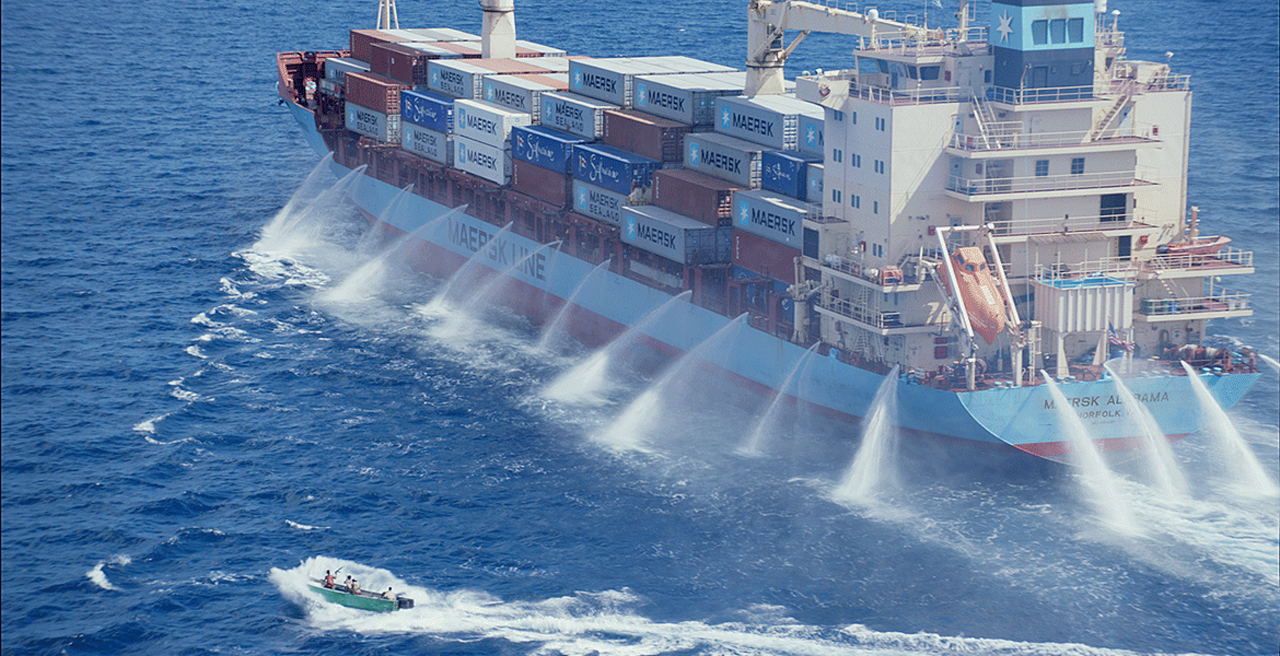 20 Best Cameos by Shipping Containers on the Big Screen

In addition to revolutionizing the transportation industry, they’ve also done a bit to help out the movie industry. Whether they’re being blown up, serving as a backdrop for a dance number, or carrying precious cargo, containers have had their fair share of the spotlight in Hollywood. Here are some of the most interesting ways containers have been used on the big screen:

Perhaps one of the most iconic (albeit violent) uses of containers in cinema took place in 1989’s Lethal Weapon 2. In an attempt to steer clear of any spoilers for those who have managed to evade this film, let’s just say that very dramatic fight scene leads to a shipping container being dropped on someone that Riggs (Mel Gibson) doesn’t like very much.

The third movie in the Step Up series, Step Up Revolution takes place in Miami, Florida, conveniently close to the Port of Miami. In the 2012 dance film, Miami’s “MOB” dance crew protests the destruction of their beloved neighborhood in the way they know best—dance. A nearly 7-minute dance scene takes place with piles of containers as their backdrop and stage. Talk about versatility!

The 2015 film, San Andreas, explores the catastrophe that’s possible with a magnitude 9 earthquake. In the movie, California’s San Andreas fault Is rocked by the largest quake in recorded history, causing the West Coast to crumble. While the beloved Golden Gate Bridge seems to withstand most of the destruction, a tsunami triggered by the quake sends a cargo ship careening into the San Francisco Bay. The wave causes the ship to stand up almost completely vertically, hurdling hundreds of shipping containers into one of the world’s most famous bridges. After all, it wouldn’t be much of a disaster movie if the Golden Gate was left standing, now would it?

One of the final scenes of 2010’s The Losers takes place at a port, like most crime-packed action movies do. This memorable scene is full of explosions and containers, two things that usually don’t go so well together, but make for a great movie ending.

When giant alien monsters emerge from the bottom of the ocean to destroy humanity in 2013’s Pacific Rim, humankind builds massive robots to fight them. The action-packed sci-fi film features a dramatic battle between the colossal Kaiju monsters and the human-made robots called Jaegers, which takes place at a port along the Pacific Rim. In the height of this battle, a Jaeger uses shipping containers to smash into the head of the Kaiju. The humans here knew that containers are some of the strongest objects around, and therefore great assets in a fight.

Thousands of containers fall off containerships every year, and most of them float around near the ocean’s surface for a while before they sink. It’s no wonder Robert Redford’s boat managed to run into on in his 2013 film, All is Lost.

Released in 2013, the third Iron Man movie is full of action and features different scenery from all around the world. Its final battle is set at Delaware’s Port of Wilmington. The epic fight scene takes place amongst container ships, container cranes, and of course, tons of containers. Naturally, being an Iron Man movie, plenty of these containers are thrown around and blown up, allowing them to play a large role in the action.

The third installment of the Resident Evil film series, which premiered in 2007, revealed a zombie-ridden world, which of course, had containers. As Alice and her companions explore the ruins of what once was Las Vegas, they encounter a small, mysterious shipping container. The container door drops open to reveal dozens of zombies. Good thing they’re undead, because a container of that size certainly wouldn’t be a comfortable fit for that many zombies.

Large container ships, like the Maersk Alabama can hold up to 11,000 containers. That many containers full of expensive cargo makes container ships appealing to pirates like the ones we see in 2013’s Captain Phillips.

While most of the action of 2010’s Tron: Legacy takes place in a futuristic alternate world, we also get to see a bit of modern Earth. The main protagonist of the film, Sam Flynn, lives in a group of shipping containers that have been converted into his very own home and garage. The container-house serves as a strong, smart way to repurpose worn-out shipping materials. We’ve even seen this trend growing off of the big-screen!

The final fight scene of 2016’s hilarious Deadpool takes place at some sort of scrapyard featuring some sort of giant, deconstructed ship or aircraft carrier. The scrapyard is full of shipping containers, which only serve as background for most of the battle, but get the chance to get in on the action. An explosion causes the mammoth ship to tip, sending the containers on board, in addition to the people, sliding in all different directions and creating a few extra obstacles in the fight.

The iconic first appearance of Batman in 2005’s Batman Begins takes place as Falcone and his men conduct their usual business at a shipping yard. As the men begin to realize they’re not alone, they go in search of Batman. One, in frightened exasperation finally yells, “Where are you?” to Batman, hanging from the side of one of the shipping containers in the yard, responds, “here.” Do you have chills? Because we do.

13. Finding Dory
In Dory’s search for her family, she finds herself in trouble with a giant octopus. She awakens it from its dwelling in and old, sunken shipping container. The chase that ensues showcases what appears to be an entire sunken container ship, which Dory and the gang use to evade the octopus. What a great use of a sunken ship!

Once a container has been tagged for food, it can never be used for other types of cargo afterwards. That’s why our shipping experts couldn’t help but cringe when they watched 2005’s Lord of War. Potatoes and assault rifles in the same container is a bad combination.

When young Peter Parker gets locked in Tony Stark’s Damage Control Vault with his new suit, he needs to find a way to entertain himself. As he gets to know his suit, he hangs out amongst shipping containers as he explores his suit’s powers. Good thing Stark chose something as strong as containers to fill his facility!

A forklift that moves containers is called a lift truck. We know that because a lift truck helps Saoirse Ronan beat the bad guys in this memorable fight scene from 2011’s Hanna.

Did you know that the standard TEU container can cold around 3,500 shoe boxes? That’s why it was such a smart choice for Mark Wahlberg to use a container to move his stack of money the “size of a Mini Cooper.”

A shipyard serves as an interesting backdrop for this classic clip from RED. Intermodal containers are extremely durable, which is why none of them are really damaged in this scene, in spite of the numerous explosions they witness.

DeNiro and Pacino go head-to-head in 1995’s Heat. With the help of a container crane or two, DeNiro manages to fool Pacino and his team in a true test of wits.

The final scene of I, Robot takes place among hundreds of containers, which look almost rudimentary in comparison with the robots and technology that exist in this future world. It serves as a testament to both the durability and the capability of today’s containers. 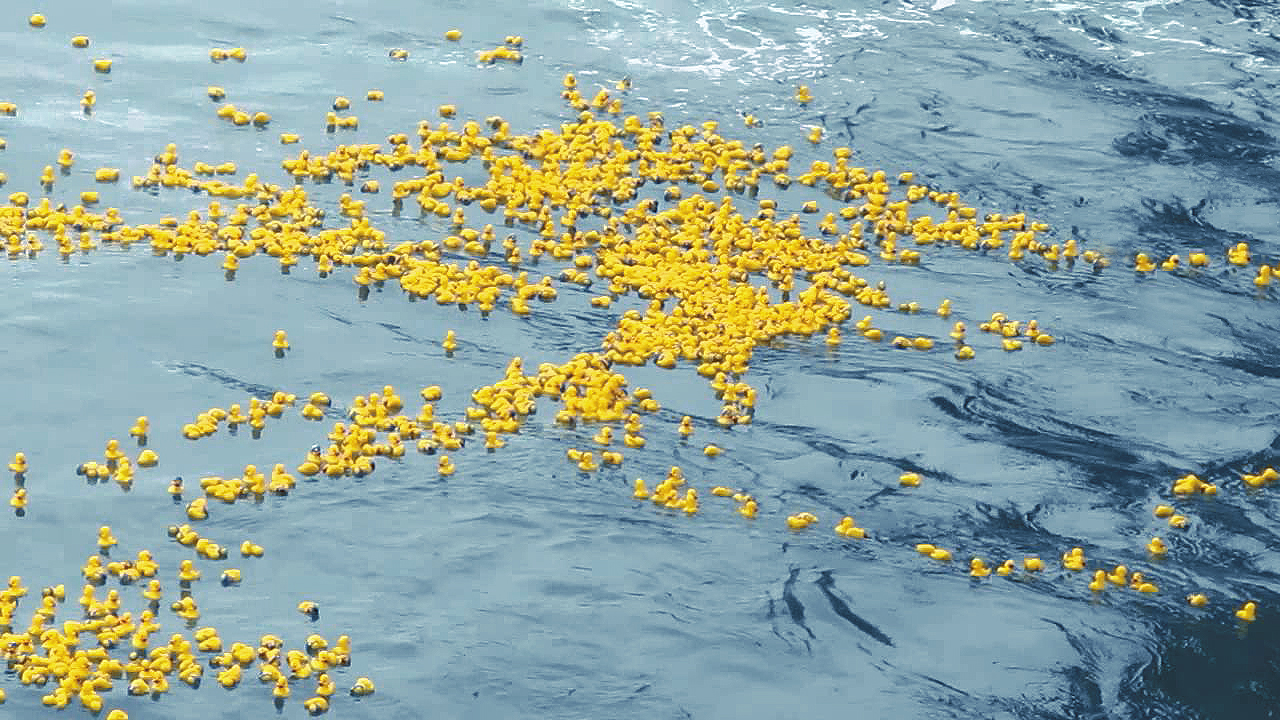