Shipping groups looking to halt White House antitrust immunity efforts. According to the Journal of Commerce Online, “Ports, labor unions, container lines, and US-flag interests are moving fast to halt efforts by the Biden administration and Congress to strip antitrust immunity from container lines, warning that the end of shipping alliances would create a seismic — and unintended — shift in how carriers serve US ports and shippers.” The focus on container shipping from the White House and US legislators has intensified in recent months, and could become a threat to carriers’ ability to operate within alliances, and highlights the use of antitrust immunity by marine terminal operators. The proposed legislation began as a review of detention and demurrage fees and ensuring exporters are able to secure vessel capacity.

Coast Guard to remove 5,000 containers from Ever Forward. The Ever Forward, a 1,100 foot-long container ship, has been stuck in the Chesapeake Bay for more than three weeks and unable to move. The U.S. Coast Guard has decided to remove the nearly 5,000 containers on the ship to lighten the load and ease the dredging process. In addition, the ship is not showing signs of pollution in the surrounding area.

Newly reinstated HTSUS exclusions available April 12th. U.S. Customs and Border Patrol update to CSMS #51469298, issued March 31, 2022: “The functionality for the acceptance of the Section 301 China reinstatement of certain product exclusions under Harmonized Tariff Schedule of the United States (HTSUS) classification 9903.88.67 will be available in the Automated Commercial Environment (ACE) as of 7 a.m. eastern standard time, April 12, 2022. Reminder: importers, brokers, and/or filers should refer to CSMS 39587858 (Entry Summary Order of Reporting for Multiple HTSUS when 98 or 99 HTSUS are required) for guidance when filing an entry summary in which a heading or subheading in Chapter 99 is claimed on imported merchandise. Questions from the importing community concerning ACE entry rejections involving product exclusions should be referred to their CBP Client Representative.  For questions related to Section 301 entry-filing requirements, please refer to CSMS message 40969690 Information on Trade Remedy Questions and Resources.”

The National Customs Brokers & Forwarders Association of America, Inc. Annual Conference will be held May 1-4, 2022, at The JW Marriott Starr Pass Resort & Spa in Tucson, AZ. “Now in its 49th year, the NCBFAA Annual Conference brings together more than 600 of the international trade industry’s top representatives from around the United States. For four days in Tucson, Arizona, the nation’s leading customs brokers, freight forwarders, NVOCCs, OTIs, and service providers gather to update themselves on industry developments and connect with colleagues new and old.” You can find registration info here to attend.

Pennsylvania’s Intermodal Cargo Growth Incentive Program (PICGIP) to be extended. Pennsylvania Governor Tom Wolf said that the state will extend an incentive program for moving cargo through the Port of Philadelphia for another year. The Intermodal Cargo Growth Incentive Program will be extended from its June 2022 expiration until July 2023. Since 2015, newly eligible ocean carriers that have enrolled in the program receive a rebate of $25 per container unloaded at the Port of Philadelphia. Thirty-seven thousand thirty container lifts at the Port of Philadelphia were eligible for last year’s rebate incentives.

Coalition asking California court to halt plans to build stadium at Oakland port.  A coalition made up of shipping-industry groups, has asked a California court to stop plans made by the Oakland Athletics baseball team to build a new stadium at the Oakland port. The groups filed suit last week against the A’s, the city of Oakland, the city council, and the Port of Oakland on environmental grounds. The proposed stadium would replace the A’s current field with a huge undertaking that would include a hotel, retail shopping, and some housing directly on the Oakland waterfront. In addition, the coalition says that the plans would threaten the port by taking up valuable freight space.

California ports implementing fee to support zero-emission drayage fleet goal. Los Angeles and Long Beach ports have begun assessing a fee of $10 per TEU on shippers whose containers are trucked into or out of the gateway. Of the estimated $90 million collected in the first year from these fees, most will be directed toward subsidies for the purchase of zero-emission trucks. An electric-powered truck costs approximately three times the price of a diesel truck ($350,000). Officials hope increased demand leads to mass production of zero-emission trucks resulting in lower costs. The goal of the fee is to increase the demand for electric trucks in support of a  zero-emission drayage fleet by 2035.

White House celebrates federal investments in trucking industry. During a White House event on Monday, President Biden celebrated the administration’s strides in implementing its “Trucking Action Plan.” Introduced last year, the plan “increased federal funding to expedite the issuance of commercial driver’s licenses, expanded outreach efforts to veterans through the Department of Veterans Affairs, and established a joint initiative between the Departments of Labor and Transportation to expand recruitment and advocate for employees.”

Dow Jones Transportation Average drops nearly 5%. Last Friday (April 1), the 20-stock index fell by $771.72 and closed the session at $15,511.30. The Department of Labor reported that the number of truck transportation jobs fell in March after 21 consecutive monthly gains, causing the decline. In the first month-to-month drop since April 2020, the seasonally adjusted figures came in at 1,550,800 jobs, a decline of 4,900 jobs.

BNSF Railway Co. acquires land in Arizona with plans to develop. According to state records, the 3,508-acre piece of land in the Phoenix region will become its Western hub. The property was purchased for $49.1 million at an Arizona State Land Department auction. BNSF provided no details about plans for the site. Still, according to public records, the company is proposing a “logistics park along the north portion, a logistics center through the middle section, and an intermodal facility at the southeast segment.”

Airfreight and supply chain disruption set to continue in Shanghai as city remains under lockdown. The city’s government has extended restrictions in Shanghai due to end on April 5, which now encompasses the whole city. In addition, reports say that congestion is rising at Shanghai Pudong International Airport (PVG) due to a backlog of goods, increased fares, and pressure on road transport. Similarly, space is limited across Greater China’s air terminals, with backlogs visible in Korea and Singapore. Furthermore, rates to the U.S. and Europe are rising.

Concerned about the recent developments in China and how they’ll affect your supply chain? Contact a Navegate expert to learn more.

TSA announces measures to implement gender-neutral screening at its checkpoints. According to a press release, the Transportation Security Administration (TSA) announced new standards for screening transgender, nonbinary, and gender-nonconforming airline passengers at TSA checkpoints to improve the screening experience for all passengers. “Over the coming months, TSA will move swiftly to implement more secure and efficient screening processes that are gender-neutral, as well as technological updates that will enhance security and make TSA PreCheck® enrollment more inclusive. These combined efforts will greatly enhance airport security and screening procedures for all,” said TSA Administrator David Pekoske.

China reports record number of Covid-19 cases amid lockdowns in Shanghai and Kunshan. In an effort to curb the country’s worst outbreak in more than two years, lockdowns have been enacted in the Chinese cities of Kunshan and Shanghai. According to the National Health Commission, as of Monday, China recorded more than 16,400 new Covid cases. The lockdown in Kunshan, an important production center for electronics components, could severely affect the supply of laptops, mobile phones, TVs, automobiles, and other electronics. In addition, Shanghai logistics activity has been effectively halted due to the entire 25 million-strong population placed under an extended lockdown.

UPS to begin testing electric cargo bikes for deliveries. UPS said that it will begin testing electric cargo bikes in select U.S. cities, and European and Asian markets. According to Reuters, The eQuad is manufactured by British firm Fernhay. UPS introduced the eQuad in Dubai at Expo 2020. The new eQuads are pedal-powered with electric assist and less than three feet wide. The body of the quad includes a storage bin for hauling items.

Staten Island Amazon workers vote for union representation. Workers at an Amazon.com Inc. warehouse on Staten Island, New York, voted to be represented by the Amazon Labor Union by a vote of 2,654 to 2,131. The victory marks the first time in Amazon’s history that company workers in the U.S. have agreed to union representation. The union was formed in 2021 by a group of Amazon (NASDAQ: AMZN) workers and is an independent union not affiliated with an international labor entity. The Staten Island facility is Amazon’s only fulfillment center in New York City.

Hershey shifting to SKU rationalization. Faced with challenges from the pandemic, Hershey is pivoting to rationalizing SKUs and placing two and three of the same product on shelves. Despite offering less variety, this strategy increases shelf space while freeing up capacity and reducing complexity. This places focus on the most popular Hershey products vs. products that are not performing as well. This method was more popular in the early stages of the pandemic to help drive efficiency, especially as inflation and supply chain constraints rose.

U.S. House of Representatives passes legislation requiring new DUKW boat safety measures. DUKW boats (or duck boats), the amphibious craft commonly used in tourist destinations, were designed for military use during WWII. Since then, the boats have caused several fatal accidents. New requirements will “restrict the use of canopies, require better bilge pumps, and minimize the number of through-hull penetrations.” The language in the proposed rules is currently being looked at by the Senate and would also require the Coast Guard to respond to NTSB safety recommendations within 90 days.

U.S. halts Russian bond payments. In a move meant to up the pressure on Moscow and eat into its holdings of dollars, the United States has halted the payment of holders of the Russian Government’s sovereign debt. As the largest of the payments came due, the U.S. government cut off Moscow’s access to the frozen funds, according to a U.S. Treasury spokesperson. The move forces Moscow to make the decision of “whether it would use dollars that it has access to for payments on its debt or for other purposes, including supporting its war effort”, the spokesperson said. If Russia chooses not to do so, the country will face a historic default.

Spanish officials seize Russian-owned luxury yacht in Mallorca at request of U.S. Department of Justice. In the first coordinated seizure under the department’s Task Force KleptoCapture, the $90 million 255-foot yacht, named Tango, was seized by Spanish Officials. KleptoCapture is tasked with enforcing the sanctions placed on Russia in response to its invasion of Ukraine. The yacht is owned by Russian oligarch Viktor Vekselberg, who heads the Renova Group and is currently under sanctions.

Sanctions on Russian imports causing backup at Rotterdam. Thousands of shipping boxes bound for Russia are currently sitting at the Dutch port of Rotterdam, waiting to be inspected to ensure that moving them won’t breach sanctions. According to Bloomberg, many container terminals and shipping companies have said that they will no longer handle cargo bound for Russia following its invasion of Ukraine, and multiple agencies are also keeping a close eye on ships and cargo coming from Russia.

Western nations and allies agree to release oil from reserves. The nations join the U.S. in an attempt to curb skyrocketing oil prices caused by the Russian invasion of Ukraine. The International Energy Agency (IEA) said that it would announce the amount of the release early next week. According to the IEA, its members have 1.5 billion barrels of oil in reserve. 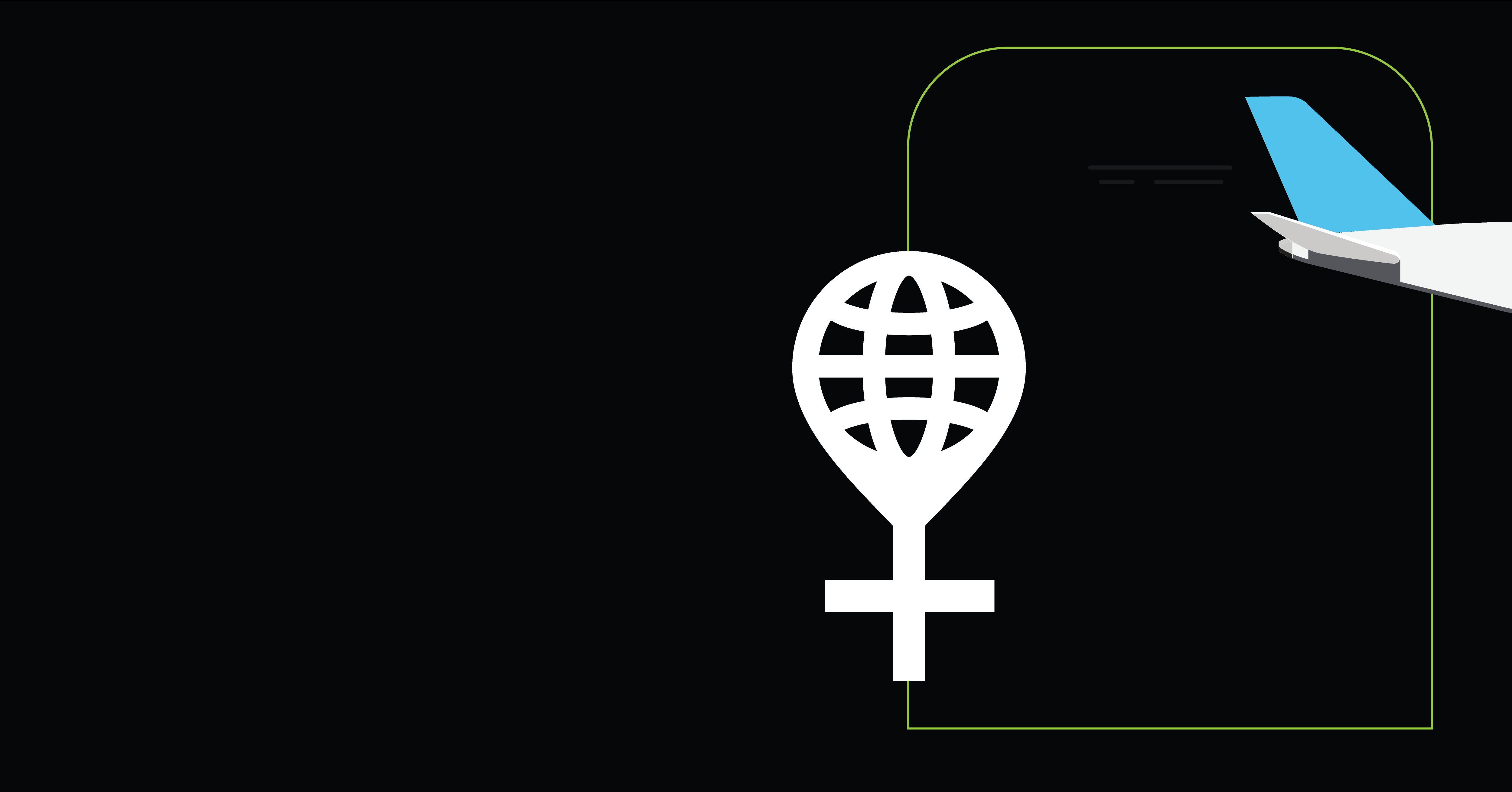