In honor of Black History Month, we’re celebrating Black figures who revolutionized the supply chain and transportation industry — an area that most likely wasn’t covered in your middle school history textbook. At Navegate, we’re here to make your supply chain move forward, faster, and without the cultural and technological breakthroughs made by these Black pioneers in the industry, we wouldn’t be able to do what we do today — or have the team we have today.

Mary Fields was the first African American woman mail carrier on a star route for the United States Postal Service. Known as Black Mary and Stagecoach Mary, Fields was born into slavery and was emancipated shortly after the Civil War in the 1860s. After she was freed, Fields ended up working as a groundskeeper at a convent in Ohio, where she was known to negotiate wages with the white nuns and fearlessly spoke her mind — something that not many Black women dared to do at the time.

She then traveled to Montana to work at another convent, but her unconventional habit of drinking, smoking, shooting guns, and wearing men’s clothing was enough to get her kicked out. Fields then later received a contract from the postal service to be a star route carrier, a role that suited Fields and her fearlessness. Her job as a carrier was to travel by stagecoach and defend and protect mail from thieves and bandits to efficiently deliver the mail. She became the first African American woman to serve in this role, and the second woman to work as a star route carrier. Despite her tough exterior, she became known as a kind and generous mail carrier who paved the way for many female minorities in the distribution field. 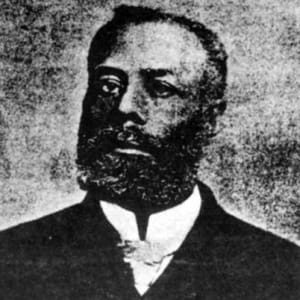 Elijah McCoy was a prolific inventor who enabled trains to move faster and travel more efficiently (truly embodying our tagline of “forward, faster”). Born to slaves who escaped to Canada via the Underground Railroad, McCoy showed an interest in mechanics at a young age and was later sent to Scotland to study mechanical engineering at the age of 15. After returning to the United States and settling in Michigan with his family, McCoy faced racial barriers preventing him from getting a job as an engineer — despite his qualifications. Eventually, he found a position as a fireman and oiler for the Michigan Central Railroad.

It was in this role where he developed his first major inventions. McCoy studied the inefficiencies in the system of oiling axles and invented a lubricating apparatus that evenly distributed oil over an engine’s parts. This invention allowed trains to operate continuously for extended periods without stopping for maintenance. He then went on to obtain nearly 60 patents for his inventions throughout his life, most of which were related to lubrication systems. His work transformed the supply chain industry, with his lubrication invention later implemented in long-distance locomotives, transatlantic ships, and even in factories.

She worked for 22 years on the railroad before retiring in 1998 and settling back in Omaha, Nebraska. Still alive today, she made an appearance at the Union Pacific Railroad Museum in Council Bluffs, Iowa to recount her groundbreaking career. Her advice to young women and girls was to never stop daydreaming. “I have always been a daydreamer,” she said. “And I still am.”

Frederick McKinley Jones is best known for his invention of the portable refrigeration unit, a hallmark invention that helped keep blood and perishable goods refrigerated during World War II. As a child, Jones had a knack for mechanics, teaching himself mechanical and electrical engineering. Orphaned by the age of seven, Jones was raised by a priest at a Catholic rectory until he left school after the 6th grade. Fending for himself, he found work in various odd jobs. He eventually landed in Hallock, Minnesota where he received a job doing mechanical work at a farm. He educated himself on mechanics in his spare time and by the time he was 20-years-old, Jones secured an engineering license in Minnesota. He also served in World War I and was often called to make repairs on machines and other equipment. After the war, he returned to the farm. 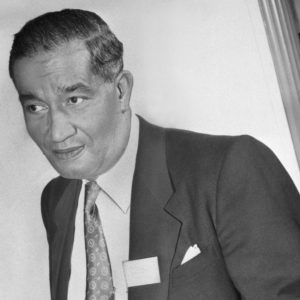 It was on this Hallock farm where Jones developed his signature inventions. From building a transmitter to broadcast the local radio station’s programming, to creating a device to combine moving pictures with sound, his accomplishments extended far beyond the supply chain industry. It wasn’t until the 1930s where he designed and patented a portable air cooling unit for trucks to carry perishable food. With this invention, he started the U.S. Thermo Control Company, which grew exponentially during World War II. His refrigeration advancements won him the National Medal of Technology, and he was inducted into the Minnesota Inventors Hall of Fame. Jones’s refrigeration inventions transformed the supply chain industry, allowing goods to be transported easier and at appropriate temperatures. He died in 1961 in Minneapolis, Minnesota.

Andrew Beard was also an inventor who transformed railroad safety. Born a slave in Alabama in the 1840s, he was emancipated at age 15 and ended up working as a carpenter, blacksmith, railroad worker, businessman, and of course, an inventor. With his inventions, he became one of the first inventors who profited off his inventions, making millions of dollars in today’s money.

In 1897, Beard patented an invention that improved railroad car couplers — the mechanism that connects the cars on a train. It later became known as the Jenny Coupler and performed that dangerous job of connecting railroad cars. This action was previously done by manually placing a pin in a link between the cars, which was almost a life-threatening job. Beard himself lost a leg in a coupling accident, so with his invention, it is likely that he helped save thousands of railroad workers’ lives. This invention granted Beard nearly $1.5 million in today’s money. His invention was so important that Congress passed the Federal Safety Appliance Act, which mandated the use of Beard’s automatic coupler invention. Beard’s work won him a spot in the National Inventors Hall of Fame in 2006.

It’s quite clear that these Black revolutionaries contributed to the supply chain and transportation industry technologically and culturally. The Black people that contributed to the industry and continue to do so, however, extend far beyond this list. This Black History Month (and every month), we honor all the Black Americans — those known and unknown — that made advancements in the industry. Without them, the industry wouldn’t be able to efficiently do what it does today.

And finally, it’s important to recognize that the breakthroughs made by these Black figures are a part of the United States’ supply chain history — not just a part of Black history. Navegate is honored to join the celebration of achievements made by Black people throughout U.S. history in the supply chain and transportation industry.

To learn more about Black History Month and how it was founded, check out the Association for the Study of African American Life and History (ASALH) and consider donating.